Electrocardiography (ECG) is a methodology for recording electrical impulses in the heart. Electrodes measure the depolarisation of the heart and its direction. This can be used to gain a lot of information regarding the distribution of electrical impulses and the problems that may be found there, such as an acute myocardial infarction (current or old), if a patient has ischaemic heart disease or the heart is beating in an irregular rhythm (arrhythmia).

We are not going into detail about how this all works, but will briefly explain the main characteristics of the ECG.

A normal ECG has three different stages. It has a P-wave, a QRS-complex and it a T-wave. Based on this, we get three intervals:

Using this knowledge of an ECG, we can look at some simple examples of what can be read from such a recording.

If the atria does not have a coordinated impulse, the muscle cells of the atria all contract independently of each other causing fibrillation.  On an ECG there will be no discernible p-waves and an irregular rhythm  due to the random stimulation of the AV node.

If the PR interval increases, it indicates that the electrical impulses from the atria to the bundle of His are abnormal and there is a delay of transmission to the ventricles, i.e. a prolonged delay in the AV node. This is called an incomplete heart block, and inhibits the heart’s normal activity. In other cases, the P waves and QRS complexes may be completely independent of each other. This indicates complete heart block, where none of the atrial impulses are transmitted through the AV node to the ventricles. In such cases, it is the pacemaker cells of the ventricles that maintain the pumping of blood.

Atrial fibrillation is a condition in which the depolarisation of the atria does not follow the normal pattern, but is completely out of control. The atria do not contract synchronously, but rather vibrate without any particular pump power.  On an ECG P waves are absent, and the QRS-complex (ventricular contraction) occurs irregularly because the signal transmission to the ventricles does not follow the normal pattern. The AV-node will thus receive electrical impulses from the atria randomly because of unsynchronized depolarisations of the atria. 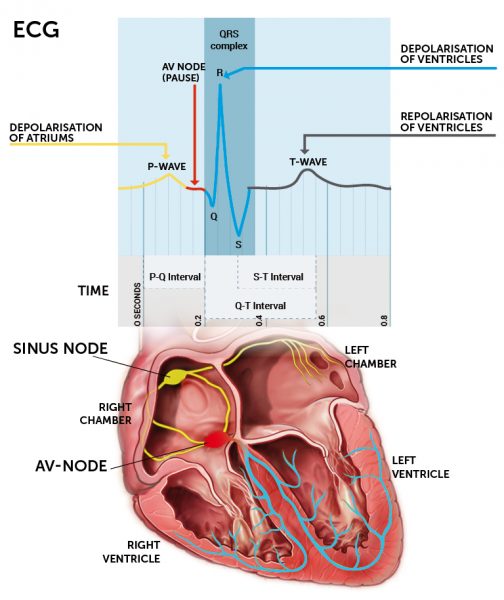 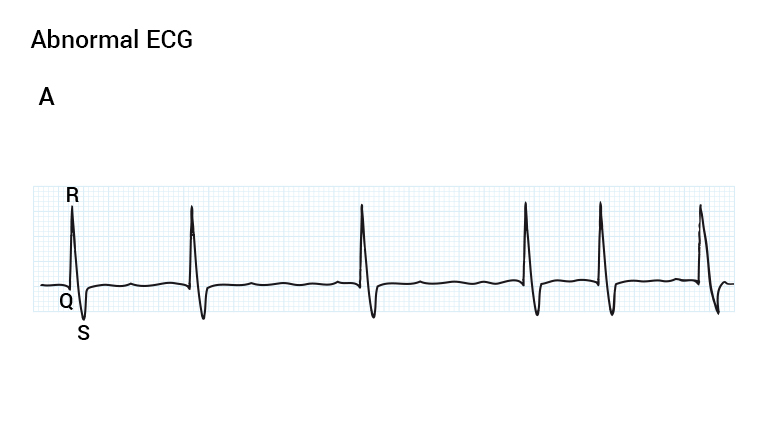 Figure A shows a case of atrial fibrillation where P-waves are absent due to unsynchronized depolarizations. As a consequence depolarized thus ventricles (QRS complex) unsteady. 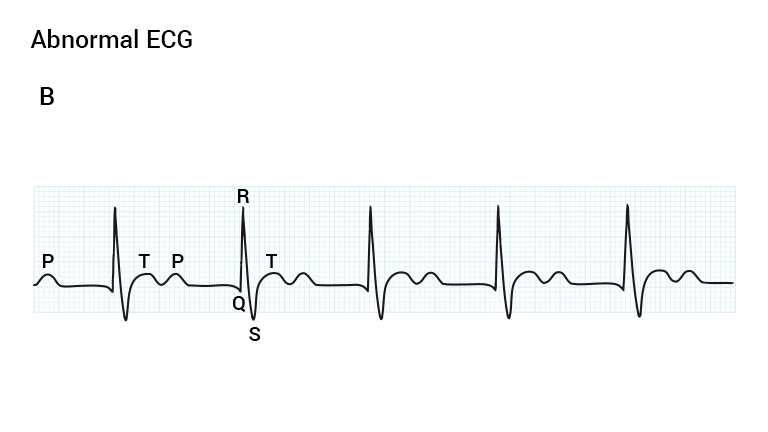 B shows a case of blockage of impulses between the atria and ventricles (AV block). The consequence here is lengthened time between P wave and QRS complex. 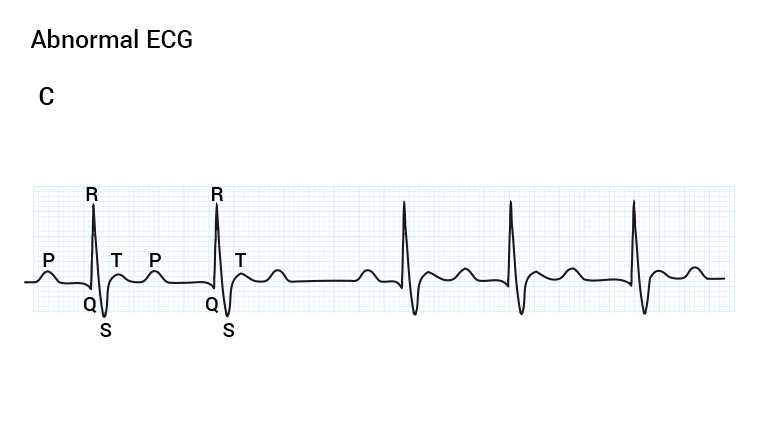 In the case shown in C seen a greater AV block shown with two P waves between two QRS complex. 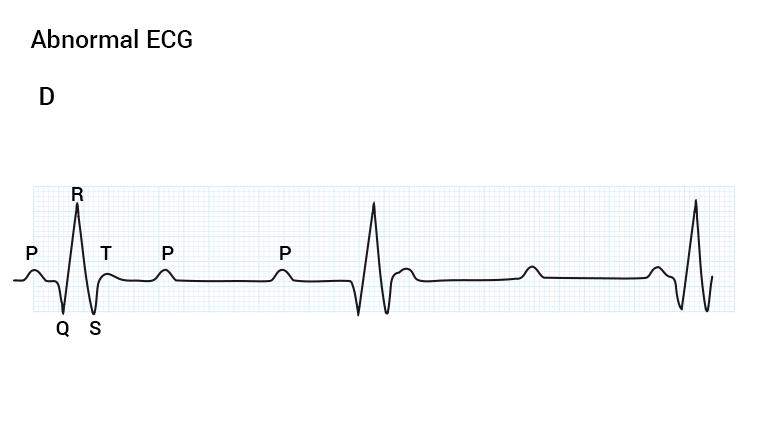