One of the heart’s most distinctive features is that it does not need external stimuli for contraction. We say that the heart is self-excitable so if it is removed from the body it will continue to beat until it runs out of energy (ATP). That is, it self-generates its own electrical impulses. This feature is maintained by the pacemaker cells. The sinus node, AV node, bundle of HIS and Purkinje fibres are all pacemaker cells. 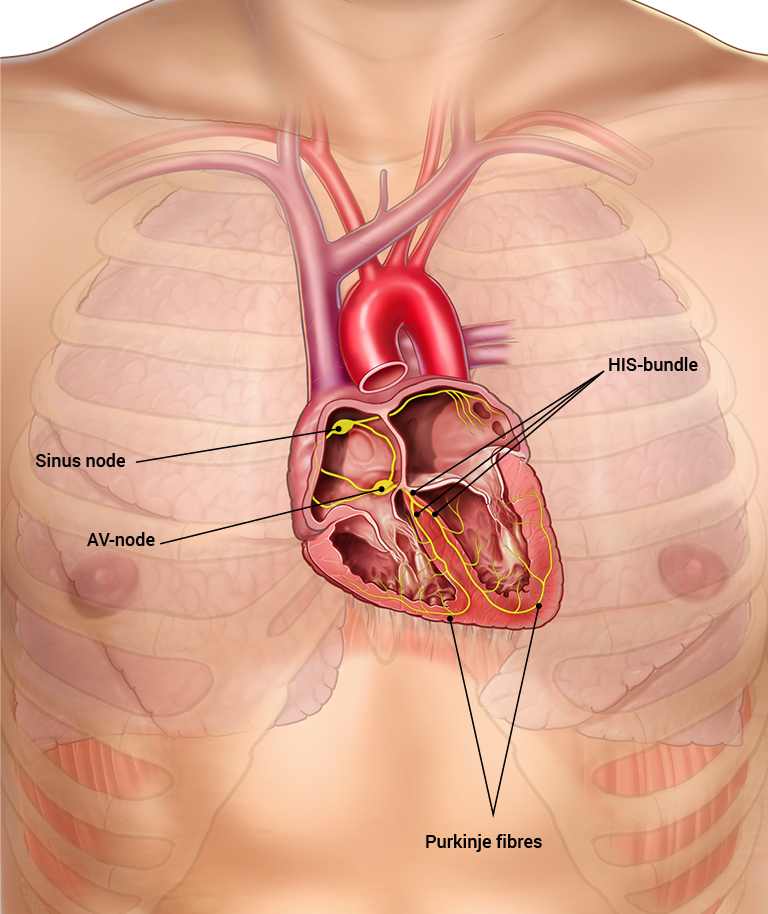